I was so scared that I could only lie in my bed. When I looked outside the window, I saw the waves. They were very big. They were like mountains. I saw other ships. They were like toys. The waves played with the ships. I wanted to go home again.

The storm was really big. Everybody asked God for help.

Then, somebody saw a hole in the ship. A lot of water was inside. It was a terrible situation.

Many men went down. They pumped the water out. I was so scared. I couldn’t move. But then one man came to me. He told me, “Go down and help.” So I went down. We pumped the water out. Then I heard a gun. It was a signal from our captain. It was a signal that we had a big problem. I thought that we had no chance. Our ship was very broken. I thought that it was our last day.

We worked very hard. We tried to pump out the water. But the hole was very big. More and more water was inside the ship.

The weather was better. But the ship was full of water. We needed help. We saw another ship in front of us. They sent a small boat for us. The men on the boat risked their lives for us. We all went on the boat. It wasn’t possible to go back to their ship. It was already very far.

Fifteen minutes later, our big ship went under water. We were safe on the small boat. But I was still very scared. We saw a land. We tried to go to it. We were closer and closer. Soon we saw people on the beach. They were from a near village. They waited for us. They were really nice to us. They helped us. They gave us some money. We could go to London or Hull. I went to London.

I travelled to London by land. When I was in London, I met a captain. He was very kind. He offered me to travel with him. The captain wanted to go to Africa. I thought that I could make some money there. The captain told me about the business in Africa. He told me what to buy in England. He told me what people in Africa needed. I bought things which were popular in Africa. They were cheap in England. But they were expensive in Africa. They were expensive because nobody made them in Africa. But people needed them there. Then we started the journey.

The journey to Africa was successful. I returned to England with some money. I was happy. I wanted to travel more. I wanted to do more business. I also wanted to learn how to control the ship. The captain taught me the basic skills. 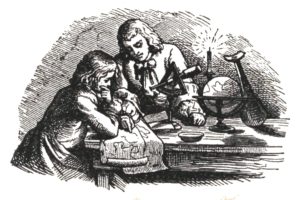 I decided to go to Africe again. The journey started well. But soon we had big problems. A ship started to follow us. It was a pirate ship. It started in the morning. In the afternoon, the pirates came very close to us. 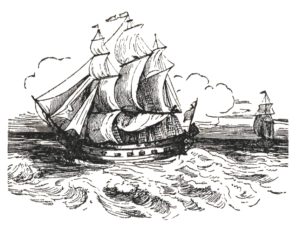 They attacked us. They tried to connect our ships. We pushed them away. Then they attacked us again. This time, they were successful. Many men came on our ship during the second attack. They started to break everything. Some of our men were killed. Some men were injured. We couldn’t win. We stopped the fight. We all became prisoners of the pirates.